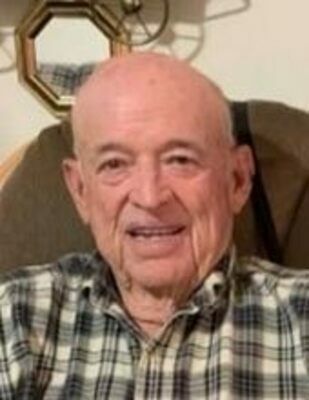 The son of Harry “Pat” and Hilda Ellison Logsdon was born on December 7, 1939 at St. Patrick, Missouri.

He was united in marriage to Sharon Wood on May 27, 1961 at Notre Dame Catholic Church in LaGrange, Missouri.

Danny was a member of St. Joseph’s Catholic Church in Canton and the LaGrange Lions Club. He was a lifelong farmer and he also operated Logsdon’s 66 in LaGrange and worked at the LaGrange Foundry and Mark Twain Casino. He liked hunting, gardening and playing cards.

A Mass of Christian Burial will be held Friday, October 7, 2022 at 10:00 AM at St. Joseph’s Catholic Church in Canton, Missouri led by Father Callistus Okoroji.
Burial will be in LaGrange Memorial Cemetery at LaGrange, Missouri.

Visitation will be held Thursday evening from 5 until 8 PM with a prayer service at 4:30 PM at Arnold’s Funeral Home in Canton, Missouri.

Memorials may be made to LaGrange Lions Club or the donor’s choice.