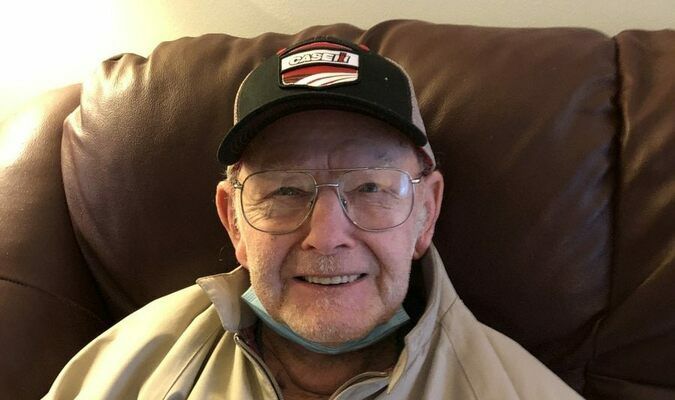 George Wilber Calvert died on September 27, 2022 at St. Joseph’s Hospital in Bloomington, Illinois, surrounded by his family. He was born at home near Linneus, Missouri on September 25, 1927, a son of Vernon W. Calvert and Irene Norvell Calvert. After graduating from Linneus High School in 1945, he was drafted, but chose to enlist in the Army and served in WWII. He fell sick while shipping to Hawaii, and was routed on to Japan, where he was in the 12th Regiment of the First Cavalry at Camp McGill, Nagai, Japan from December 1945 to May 1947.

In 1949 he married Jean Lamme and they farmed near Linneus for five years. After moving to Milan, Missouri he worked for an International Harvester dealership as a mechanic. In 1959 the family moved to Canton, Missouri, where he worked for Stow Implement until he opened his own small engine business in 1978. He worked in his business until he was 92 years old.

He was a member of the Canton Chamber of Commerce and Canton Immanuel United Methodist Church. He served as an assistant Boy Scout troop leader in the 1960’s. He sold many E F Johnson CB radios over the years, starting with tube type radios.

He was preceded in death by his wife, after a marriage of 71 years, his daughter Susan Cosgrove, and grandson Maxwell Tamulonis.

George was a man of simple wants who took care of everyone around him. He dearly loved his wife Jean and called her “the boss”. He could heal an engine by laying hands on it. George could fix anything; calm crying babies; and soothe cats. He, along with Jean, was a prolific gardener who grew a newsworthy 16lb sweet potato. He loved to travel; the most memorable trip was to Hawaii and Samoa. He loved puns and “dad” jokes. He loved to hunt, being directed by “the boss” to get a tender young doe, not a tough old buck.

He is a much missed and beloved dad who is finally reunited with our mom.