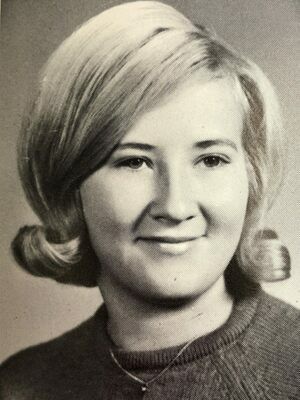 She was raised in LaGrange, Missouri, where she had many happy memories of her hometown and visited frequently.

She was a 1969 graduate of LaGrange High School, where she was Valedictorian, yearbook editor, and crowned prom queen her senior year. She was also active in student council, band, basketball and received scholastic honors. She inherited her love of reading from her mother, and her ability to count money at a young age from her businessman father.

While attending the University of Missouri, her brother Patrick introduced her to her husband Mark Kliethermes. Kay and Mark moved to Kansas City, Missouri in 1973. She was an elementary school librarian in the Independence School District for 20 years.

Kay is survived by her husband of 49 years, Mark Kliethermes, and their three children, Dana Worek (Will), Ryan (Stephanie), and Adam (Lisa), and eight grandchildren. Also surviving is a sister Susan Gaus and five brothers Patrick, Michael, Joseph, William, and Jonathan Fish, many nieces, nephews, in-laws and friends.

She was preceded in death by her parents, brother-in-law Steve Gaus and other in-laws.

Services will be held Thursday, September 29, 2022 at St. Mark’s Catholic Church 3736 S. Lee’s Summit Rd, Independence, MO 64055 with a visitation starting at 9 a.m. and funeral mass at 11a.m.
Graveside service will be held 1:00 p.m., Friday, September 30, 2022 at the Queen of Peace Cemetery in Ewing, Mo.
Family and friends are invited to a luncheon reception following graveside services at the Ewing Queen of Peace Church Hall.

Online condolences may be expressed to the family at www.speakschapel.com

Bill proposed to hold the line on personal prop...