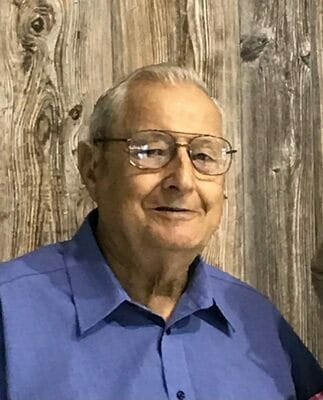 On July 24, 1954, he married Mary Ann Sweet, who resides in Canton. They recently celebrated their 68th Wedding Anniversary.

Bob was a 1951 graduate of Canton High School. He was a long-time member of St. Joseph’s Catholic Church, where he and his wife helped with many church functions and classes for new members and were involved with Quincy Cursillo for several years. Bob was a member of the American Legion, served as a City Alderman, and had the privilege of going on the Honor Flight in June 2013 after serving in the U.S. Army from September 2, 1953, to June 1, 1955.
Everyone in the family knew he was a “jack of all trades,” could fix anything, and loved creating new gadgets to use around the house. Throughout his life, he also farmed, worked for Martin Chevrolet, sold Ozark National Insurance, owned and operated the Shell gas station with his sons, was a member of the Canton Police Department and owned and operated Otte and Sons Crop Service with his sons. Later in life, he joined his son, Mark, and worked at Precision Auto Body. He ended his career at Country Aire Retirement Estates.

After retiring multiple times, he started working with his son Keith, flipping houses in the area. His love for tinkering and fixing things led him to create the EZ Hook. Bob and his son Keith traveled to trade shows selling the EZ Hooks. He loved sharing this new invention with others, and they were better known to family and friends as “Grandpa’s Hookers.” Anyone in the family can tell you that he “Laughed from his toes,” “Never knew a stranger,” and Loved with his whole heart. He will be missed by all.

In addition to his parents and in-laws, he was preceded in death by his granddaughter, Ashley Otte, one brother, Junior Otte, and three sisters and their spouses, Irene Smith (Roy), Evelyn Uhlmeyer (John), and Dorothy Kirchner (Lester).

Inurnment will be in Forest Gove Cemetery at a later date.

Memorials may be made to St. Jude Children’s Hospital.