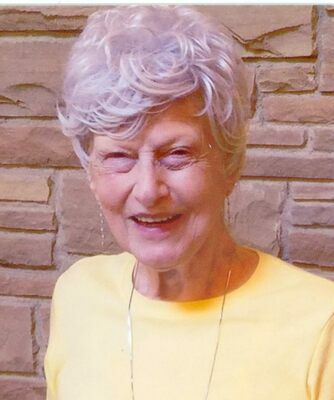 Clara attended Gem City College and took art classes at Culver-Stockton College. She grew up on a farm in Knox County and enjoyed riding horses on the farm. She also enjoyed sketch and oil painting, working in the yard, bowling, playing golf and being with family and friends. Richard, Clara and their son, Dick owned and operated Tri-State Fertilizer in Canton for many years. Clara is a member of the Canton Christian Church and a past member of the American Legion Auxiliary and Hannibal Art Club.

She is survived by one son, Richard Lynn Pulse (Debbie); one grandson, Mike; one sister-in-law, Deana Anthony and nieces, nephews and cousins.

She was preceded in death by her husband “Dick” as well as her parents, brothers and sisters, and aunts, uncles and cousins.
The family suggests memorials be made to the American Cancer Society, Parkinson’s Foundation, the American Heart Association or to the donor’s choice in care of Davis Funeral Home, Canton, Mo.

Online condolences can be sent to www.davis-fh.com