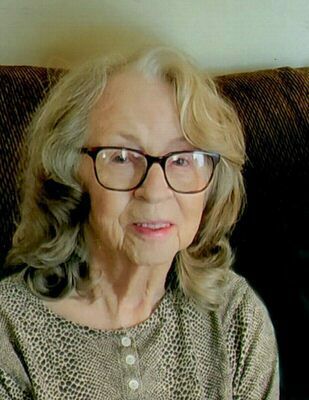 She was united in marriage to JM Rudd on September 15, 1946, in Knox City, Mo., and he preceded her in death on April 8, 2004. Gene was also preceded in death by her parents and one brother James William Pflum.

Surviving is her long-time companion Hobart Chipman of Ewing, Mo., and his son Glen Chipman of Quincy, Ill., one son Larry R. (Bobbie Jo) Rudd of Quincy, Ill., one daughter Linda R. (James) Link of Mendon, Ill., one sister LaVeta Wolter of Knox City, Mo., several grandchildren, step grandchildren, great grandchildren and step-great grandchildren and several nieces and nephews.
Gene graduated from LaBelle High School. She was employed as Post Master in Newark, Mo., until her retirement in 1987. She was a seamstress and enjoyed flowers. She and her husband lived in the Newark community and moved to Ewing in 1999.
Visitation and services were held in the Hudson-Rimer Funeral Home in Edina, Mo., September 24, 2022. Reverend Daniel Bock officiated. Casket bearers: Jay Wolter, Gary Wolter, Carl Brightwell, Donnie Lewis, Jim Link and Eric Hoener.

Burial was in the Newark Cemetery.
Memorials are suggested to the Newark Christian Church or Country Aire Retirement Estate in