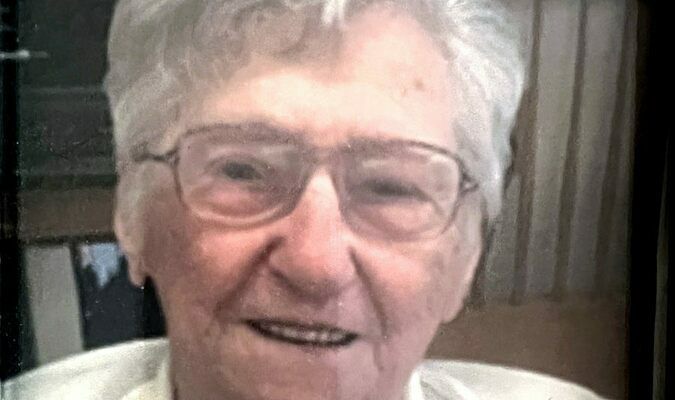 She was born March 12, 1926, in Grand Rapids, Mich., the daughter of Alvin Thomas and Mildred Marie Hopkins Martin.

She was united in marriage to Lloyd William Wehrmann on August 15, 1953, in LaBelle, Mo., and he preceded her in death on January 16, 2012. She was also preceded in death by her parents, a two brothers, Robert Martin and David Martin, a sister-in-law Mildred Bailey, a nephew Dennis Bailey.

Claire attended and graduated from Grand Rapids High School. She worked at the LaBelle Star, Turner’s Sundries Store and Bonnie Mauck’s restaurant up until she retired. Claire was also the secretary for Missouri Hawks Motorcycle Club. She enjoyed crocheting and reading, but her greatest joy was traveling the country with her husband. Claire was a beloved friend and neighbor and respected by many in the community. She was a fifty-year member of the LaBelle Eastern Star, having joined February 28, 1956.

Visitation and Eastern Star services were conducted followed by funeral services on September 21, 2022, in the Coder Funeral Chapel in LaBelle, Mo., with Reverend Mike Wilson officiating.

Memorials are suggested to the Shriner’s Hospital. Memorials may be left at or mailed to Coder Funeral Chapel, P.O. Box 151, LaBelle, MO 63447.