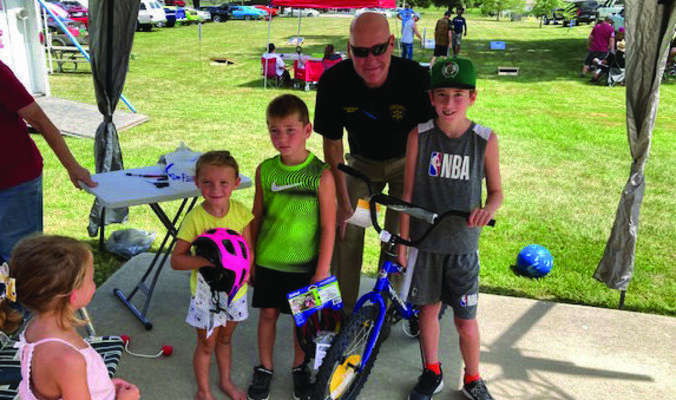 A bicycle safety program was held at the Ewing Park Party on August 13, 2022.  Sheriff David Parrish gave the short program.  It included demonstrating proper hand signals to use when turning and facts about helmets.  As part of the event, a bicycle and 2 helmets were given to lucky winners who had attended the program.   The bike was won by Phoeniz Bartz.  The helmet winners were Hunter Johnson and Natalea Casey.  The bike was donated by Jeff Whiston, Farm Bureau Insurance Agent with offices in Monticello and Canton.  The helmets were donated by the Friends of the Ewing Community Park, Inc.  As a member of Farm Bureau and the park board, Linda Schmitz, organized the program.  Thank you to Sheriff Parrish, Jeff Whiston and everyone who attended.