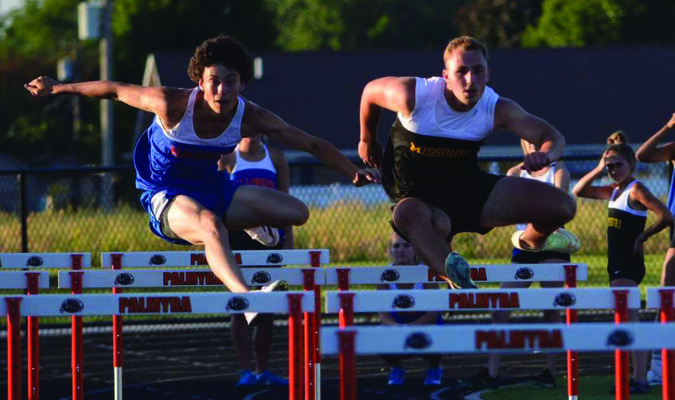 Robert Goehl from Missouri and Reid Savage from Illinois competing in the 110 meter hurdles.