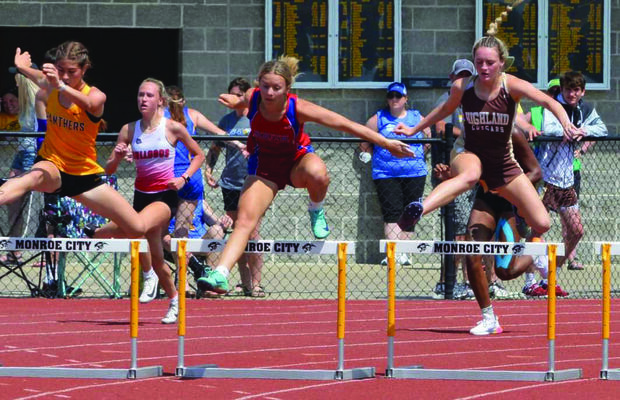 Highland competed in the Class 2 Sectional track meet held at Monroe City on May 14.