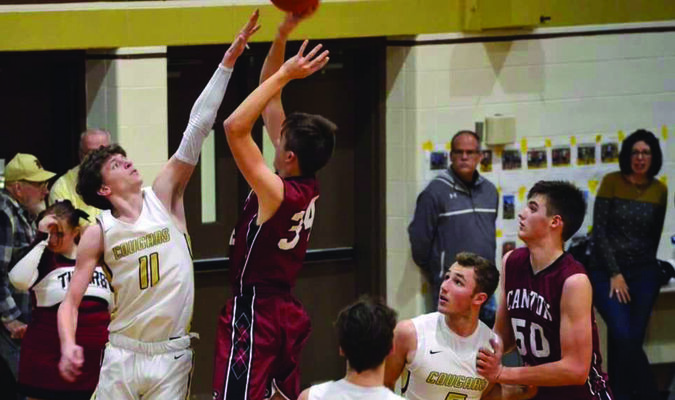 In girls action the Highland girls fall to Canton 57-37. Clay had 21 points for Canton. Morgan Keith with 10 points for Highland. The Canton Lady Tigers took home the County Top Cat Trophy for 2022. The Highland Lady Cougars faced Macon on Jan. 14 and lost that match, 45-28. Ansley bringer led all scorers with 19 points. The championship games from the Highland tournament were postponed and will be announced at a later date.

Both Highland and Canton boys and girls teams are scheduled to play this week in the Palmyra Tournament with the championship games to be played Jan. 22.