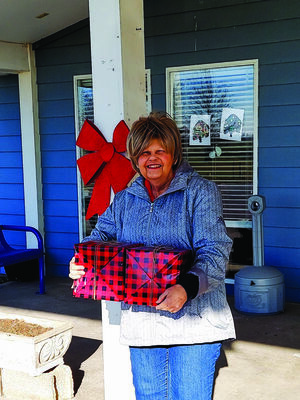 The American Legion Auxiliary Unit 578 of Lewistown provided Christmas gifts to veterans living at LaBelle Manor and Country Aire Retirement Estates (C.A.R.E.).  These veterans received caps that included the branch of service in which they had served as well as some socks.  The branches of service were the following:  Army, Navy and Air Force.  One ALA Unit 578 member resides in C.A.R.E.  She received an angel specially made by Penny Leckbee as well as several pairs of colorful socks.  In most cases, the gifts were given to a member of the nursing home staff, and they delivered the gifts to the residents.  The gifts were delivered to the homes by Auxiliary President, Linda Schmitz, and Post Commander, Dan Schmitz.