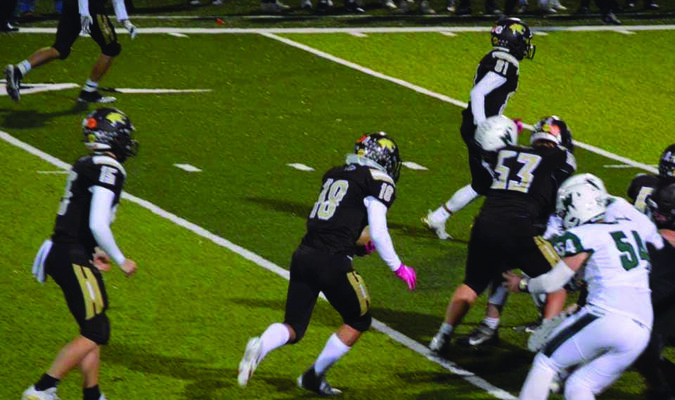 Highland hosted Westran on Nov. 5 in the second round of the District playoffs. The Cougars came away with a 38-0 victory. Highland’s defense played a great game in shutting out Westran. Noah Jones and Drasyn Keith both recovered fumbles. Cameron Bringer and Brandon Holder both had an interception. The Cougar offense scored five touchdowns. Robert Goehl ran for over 200 yards and two touchdowns. Drew Mallett also ran for two touchdowns. Colemen Hultz caught a touchdown pass from Mallett as well. The Cougars are scheduled to play in the District championship Friday, Nov. 12, at Marceline

Possession of a Firearm by a Felon Arrest