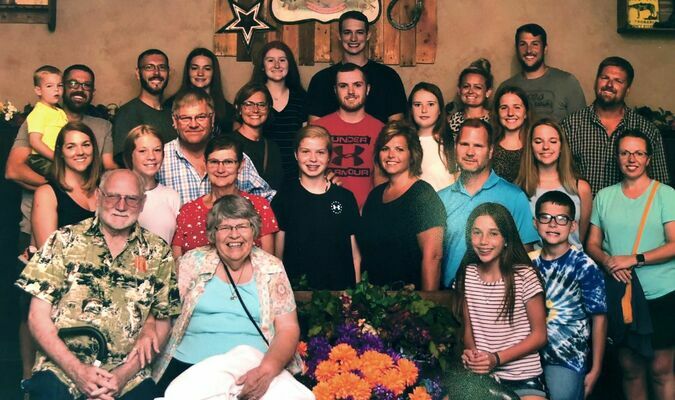 Don and Betty (Turner) Fifer are celebrating 65 years of marriage. The couple was married Oct. 19, 1956. They live near Ewing and are involved in farming. Both are still very active in their church, community and their family.

The day Don and Betty Fifer were married was a warm beautiful day, just like what the current weather has been. Her mother cut out and sewed her wedding dress and her grandmother Turner did all the hand work on the beautiful dress.