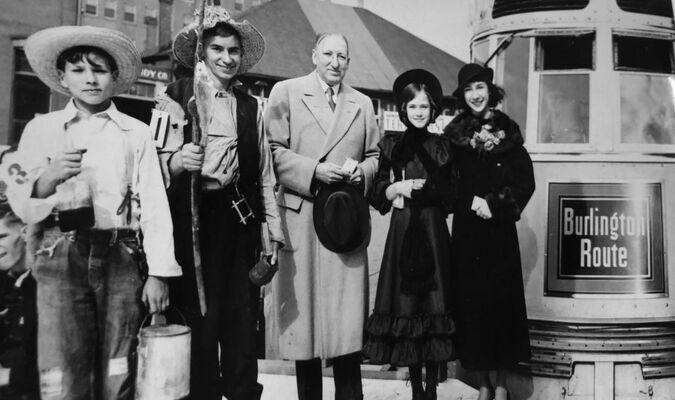 Robert Tabern, author of a history book series, about the Mark Twain Zephyr gave a presentation and held book signing at the Canton Library on July 20. Tabern is the Director of Passenger Development for the Wisconsin Great Northern Railroad. The company purchased the historic CB&Q Mark Twain Zephyr, which used to pass through Lewis County. The company has spent the last several months working on a multi-million dollar refurbishment of the five car train and bring it back to operating condition.

Tabern was on a multi-city tour along the original route and talked with local residents about their memories of the train. He spoke to the crowd at the library about the history of the train and the process of the refurbishment and when the train will be coming through this area in the future.

Robert Tabern said he has been so pleased to learn more of the individual memories and stories of the train. He enjoyed talking to the local residents and train enthusiasts. He has donated a book to the Canton Library.

Betty Stephens Vaughn, second from right) was chosen in 1935 as the first Becky Thatcher. She rode on the inaugural trip of the Mark Twain Zephyr. The late Mrs. Vaughn was a resident of LaGrange.