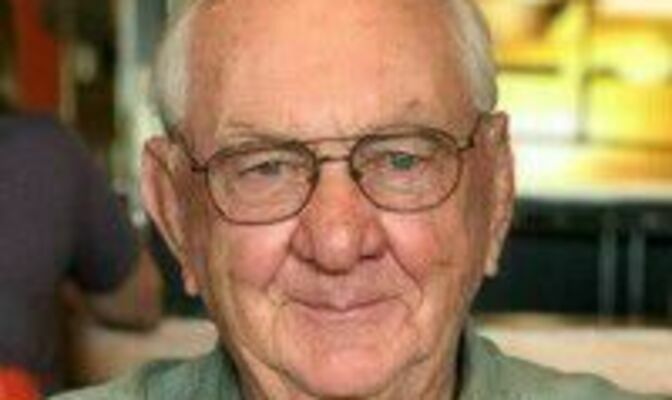 He was born in Steffenville, Missouri on October 23,1939 to parents William Henry and Rosa Lee Edmonston Steffen. Known as “Bill”, he grew up in La Belle, Missouri. After graduating from La Belle High School in 1957, he joined the army and served in the US Army 57th Transportation Unit as Crew Chief on H21 helicopters. In 1958, he married the love of his life Helen Lee Gregory and together they had three children. Bill and Helen Lee celebrated their 63rd anniversary in January of this year. Bill wrote many scriptures and devotions that were scattered in his desk and also once penned that Helen Lee was his “All The Time Friend.”

After military service, Bill began his work career with Phillips 66 and ended as an executive with the Hunt Oil Company in Dallas, Texas. He retired in 1998 and relocated to his wife’s childhood home in La Belle, Missouri. Although Bill did not initially desire to be a farmer, he eventually embraced farm life and loved the land. Bill’s interests included a love of flying. He began flying in 1961, enjoying many flights in Texas, Oklahoma and Missouri. His Cessna plane was eventually replaced with a boat, and he spent many hours fishing with his children and grandchildren.
Bill’s life exemplified a commitment to God, family and country. He was active in the church, having served as a Deacon, Elder, Treasurer, teacher and building committee member. He was also active in the community serving in leadership roles and lending support to numerous organizations dear to his heart including volunteer fire fighter, Law Enforcement, The Republican Party, North Texas Evangelizing Association President, Boy Scouts, Girls Scouts, The Pregnancy Resource Center, the armed forces and mission work.

Bill was a devoted husband, father, grandfather and friend. Bill was very proud of his children and grandchildren, encouraging them in their endeavors and praying for them by name. Many will miss his presence in the café, fair and meetings. His outreached hand always promised a firm grasp that brought you in close. He would address you with “How are you friend?” Anyone blessed to meet Bill did not forget him. He was big as life. His departure from this earth leaves an enormous void. He was an inspiration to others, giving and supportive to those in need and a wonderful example of a moral and just man. His family is comforted with the assurance that he was met with “Well done good and faithful servant,” by our Heavenly Father.

Bill is survived by wife Helen Lee, son Greg (Debi) Steffen of Austin, Texas and daughters Dana (Terry) Dill of Pottsboro, Texas and Lezlie (Jeffrey) Sirianni of Kerrville, Texas, 9 grandchildren, 4 great grandchildren and one sister, Mary Esther Florea of Palmyra, MO. He was preceded in death by his parents.
Funeral services will be held Friday, July 23, 2021 at 2:00 p.m. at the La Belle Christian Church with Rev. Michael Brands and Rev. Bruce Smith officiating. Burial with military honors will be in the La Belle Cemetery. Visitation will be from 12:00 p.m. until time of services in the church.

In lieu of flowers, memorials may be made to Outreach International, Bethel Christian and La Belle Christian Church.

Honorary Pallbearers will be: Robert Perez and Terry Dill

Music will be provided by Sterling Steffen on Saxophone and recorded selections will be Rock of Ages, Amazing Grace and You Raise Me Up.

Arrangements are being handled by the Davis Funeral Home, Canton, MO.