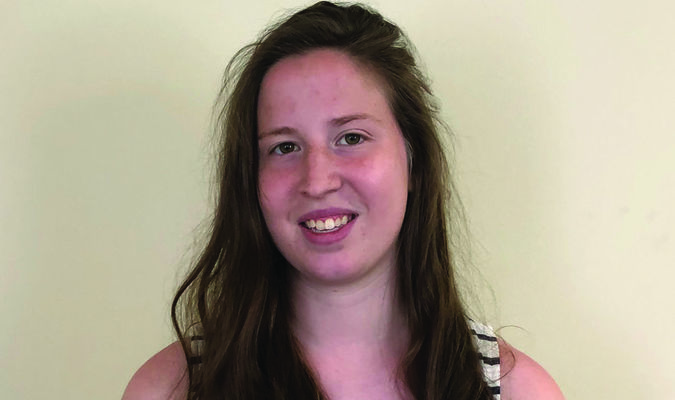 A few weeks ago, I had written an article regarding how the corona virus has affected my learning experience. I thought it would be necessary to find out what the professor’s perspective of teaching during this pandemic is and the changes they went through to make sure their students could still learn. I conducted interviews with three different professors at Culver-Stockton via email and Zoom. The first interview was done via Zoom with Fred Berger, a professor for the Communications department. One of  Berger’s struggles with online learning was the availability of students. He stated “I cannot necessarily plan on every student being online at once, like we are in a face to face class. The idea of synchronous vs. asynchronous is probably the biggest issue.” One class in particular was a struggle for him to teach, which was Advanced Media Writing. For this class, the students had to go to sporting events and report the outcomes but with turning to online learning there had to be a change of assignments. “We scrapped the sports stories and the students had to do an advanced story looking ahead to a fall season sport.” Berger will be teaching online classes for the 12-week, but returning in person for his 3-week video production class, and he couldn’t be more excited to see his students again. The next interview was conducted through email with Dr. Haidee Heaton of the theatre department. Being a theatre professor, a few of the classes she taught were difficult to transfer to an online format. When asked how the virus affected planning for the remainder of the semester, Heaton stated “ for spring 2020, it depended on the class.  Playwriting transitioned well to online as we were able to workshop via zoom and everyone in the class was willing and able to offer feedback in discussions. Stage Makeup was a challenge, but we were able to have a lot of online discussions and give feedback that way.  But it's always a challenge doing a hands-on lab class when there is no genuine professor/student hands-on interaction.” She also mentioned that the class with the biggest change was Intro to Theatre, which I had the pleasure of taking with Heaton a few semesters prior. “I ended up scrapping the rest of the semester's syllabus and started fresh since the last weeks of class was a huge group project - writing, producing,and performing their own shows.” Heaton’s 3-week class was a trip to Minneapolis, which the students were supposed to watch live theatre. Youtube videos replaced the in person experience. When asked what she is most excited about in the upcoming semester, her answer didn’t disappoint. “Collaborating with my students and colleagues as much as we can while still being safe and healthy.  I am super excited for some of the theatre season stuff we have planned that will be unconventional and experimental, but totally worth it! It will be a season like no other at C-SC, and I think it will be something that we can use as a jumping-off point for future seasons.” The final interview was with English Professor, Dr. Alissa Burger via email. Burger stated that she “missed the in-person interaction and engagement with my students and of the students with one another.” On the opposite side of that, she mentioned; “the course discussion boards gave everyone the opportunity to talk, which sometimes doesn't happen in face-to-face classes, where some people may talk a lot while others are quieter or less likely to speak up. I was also able to do a lot of course content asynchronously, so that students could do it at any point throughout the week rather than logging on for a set number of hours at a certain time - this made things more flexible for the students, which I know was important for those who were working to help support their families, taking care of younger siblings or extended family members, stuff like that. It's a really unique situation and being able to use the online format to support students in those wider aspects of their lives beyond the classroom was really important.” Perhaps the biggest change that Burger had to face was the study abroad trip to London, England. “I was originally scheduled to be taking a travel course to London in the 3-week, but with travel restrictions, that didn't happen. So I switched that 3-week course to a literary gaming class, hoping that we would still have the opportunity to meet on campus. When courses all got moved online, we did several of the gaming elements through virtual game sessions. I think it went about as well as it could have gone, all things considered, but the virtual sessions definitely weren't the same as the interaction and engagement of playing a board game together in the same room.” Much like the other two professors, Burger is excited to interact with her students again. “There's no technology that can replicate the experience of being in the classroom, having interactive discussions, and engaging with one another and the material together.” Now that we have the perspectives of the educators, we can appreciate all that they have done to make sure students received close to the same experience had we stayed on campus.