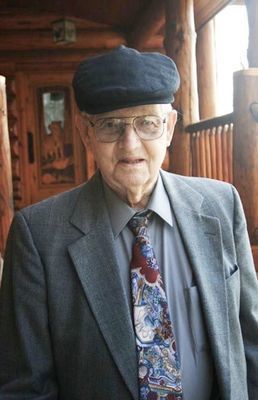 He was born January 31, 1925 in Kirksville, MO a son of Glenwood Russell and Beulah Downen Morris. He married Joanne Yardley on Easter Sunday April 6, 1947 in Kirksville. To this union, three children were born, Marcia (Ron) Levengood of Canton, Nancy Waters of Jefferson City, MO and Jon (Rhonda) Morris of Mapleton, IL. After Joanne passed away in August 20, 1993, he married Azalea Robinson in Las Vegas, NV on January 4, 1994. She passed away January 11, 2007.

Kenneth was a Motor Pool Sargent in the Army during WW II from (1945-46). He was stationed in Pearl City, Hawaii. He was an employee for the United State Post Office for 38 ½ years. Initially he served as a city carrier, and later as rural carrier he was awarded the Million Mile Safe Driving Award. He also piloted the Canton Ferry part time for seven years. He was a member of the Canton Christian Church. He was also a 63 year member of Otto Bruner #170 of the American Legion and 59 year member of Craft Lodge 287 A.F. and A.M.

Kenneth had a wonderful work ethic and a passion for helping others. He also studied reflexology and benefits of super foods decades before these topics began trending. Some of his favorite sayings were, “I’m not always right, but I’m hardly ever wrong” and “Every person has their choking point”.

Survivors include his children, Marcia, Nancy and Jon, and a sister Patsy Franks of Canton, his six grandchildren, Michael Levengood of Kansas City, Julie (Darren) Marshall of Canton, Leslie (Ian) Dunlap of Jefferson City, Ryan (Caitlin) Waters of Fulton and Brittany and Brandon Morris of Mapleton, IL; four great grandchildren, Tanner and Riley Marshall of Canton and Liam and Lanie Dunlap of Jefferson City and nieces and nephews.
He was preceded in death by his parents, his brother Ronnie, sister in law Lillian, half-brothers Wayne and Jerome Morris and wives Joanne and Azalea.

Private family burial will be in Forest Grove Cemetery in Canton, Mo.

The family suggests memorials be made to the Canton Christian Church

Online condolences may be left at www.davis-fh.com.

Arrangements were by Davis Funeral Home.