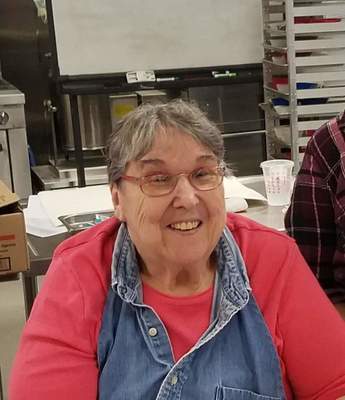 Lillie Ann Riney, 75, of Springfield, Illinois departed this life on Wednesday, January 29, 2020 for a sojourn in purgatory, from where she urgently entreats your prayers for a quick release.

She was born February 11, 1944 in Lewis Co., MO, the daughter of Henry Louis Riney and Leta Mildred McDaniel. She married Donald William Richards on January 30, 1965 in Coshocton, OH. They later divorced.

Lillie grew up in the Lewis Co. MO area and attended school at Williamstown, Canton, St. Patrick, and Monrovia, CA. She had lived in Springfield since 1971 and retired in 2001 after 30 years with the United States Postal Service. She was an avid genealogist for many years and was especially proud of her descent from Charlemagne. She had been a volunteer in the past, reading for the blind and working with the homeless. She was a multi-gallon blood donor and was devoted to the defense of the unborn.

She was preceded in death by her parents, Peck and Leta; ex-husband Don Richards in 2019, one sister Rose Heritage in 2004; one brother Bill Riney in 1993, one brother Bob Gibbons in 2015, and one sister Bernie Murphy in 2018; four grandchildren, Liliane Skaleski in 1988, Melissa Moore in 1994, Austin Losorelli in 2013, Justin Sharp in 2014; two great-grandchildren, Zachary Pickford and Roderick Lang in 2019, and loving friend and companion Ed Hohenstein in 2013.

Visitation will be held at Arnold’s Funeral Home in Canton, MO, from 5 until 8:30 p.m. on Friday evening with rosary at 8 PM.
A solemn Requiem Latin Mass will be celebrated at 10 a.m. Saturday, February 8, 2020 at Shrine of St Patrick Catholic Church, St. Patrick, MO with Father John P. Trough of Lacey’s Spring, AL officiating.
Lillie will be buried at St Patrick Cemetery, St. Patrick, MO.

Memorials should take the form of stipends made to Father Trough for Masses to be offered for the repose of her soul.