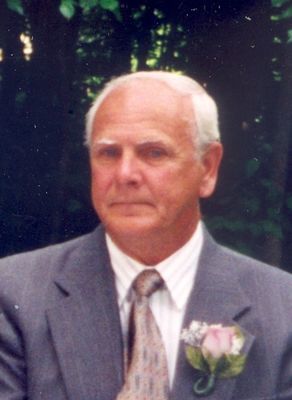 He was employed at Bob Oberling and Lewis County Motors in Canton, MO as an autobody repairman. In 1973 he opened his own business, Genck’s Autobody until 2009 when he retired. He was a member and former trustee of the St. Peter’s (Missouri Synd) Lutheran Church in La Grange and former member of the NRA. Mike enjoyed hunting with his dogs and his friends, restoring old cars and was happy when he was helping others.
Survivors include his wife, Noma Genck; a daughter, Michelle (Fletcher) Shuman; grandson, Jayden Shuman all of Canton; brother, William ‘Bill’ (Carol) Genck of Quincy, IL as well as several nieces and nephews.
He was preceded in death by his parents and siblings, Betty Brooks, Barb Mason, Bob Genck, and Jack Genck.

Music: Congregational Hymns with Alice Solter, organist. Songs selections will be Rock of Ages and Go Rest High on that Mountain by Stacey McDaneld, Guitarist

Burial will be in Forest Grove Cemetery, Canton, Mo.
The family suggest memorials be made to the National Kidney Foundation.