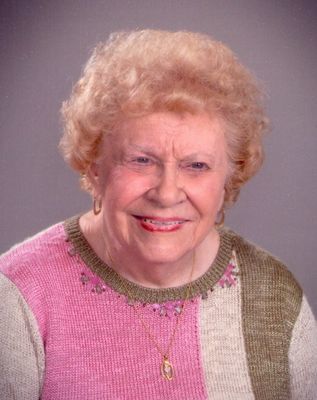 Dortha “Alene” (Ridge) Murphy, age 92, of Columbia, MO, formerly of Sedalia, MO, passed away on Monday, December 30, 2019 at The Bluffs in Columbia.
Services will be held at Davis Funeral Home, 506 Monroe Street, LaGrange, MO on Sunday, January 5, 2020 with visitation beginning at 1:30 pm., service at 3:00 pm., and graveside service to follow in Mark’s Cemetery, LaGrange, Missouri. Pastor Dawn Gerard, officiating.
Alene was born on October 5, 1927 in Memphis, Missouri to Helen Olive Baker and Ira Ridge. She met the love of her life, Francis Eugene “Gene” Murphy, in LaGrange, MO. Their 73-year marriage started on October 11, 1944, the day before he left for World War II with the Navy. During his absence their only child, Alan Wayne Murphy, was born. Upon Gene’s return, he soon began a career managing grain elevators which led them first to Lewistown. During that time she commuted to Quincy, IL and worked in a Motorola plant. His work took them to all four corners of Missouri, living in LaGrange, Lewistown, Columbia, Brunswick, Dexter, Fayette, Richmond, and finally retirement in Sedalia.
While in these various locations, Alene held jobs in a doctor’s office, an insurance company, and her favorite was while working for the Recorder of Deeds in Columbia. Her early passion for music led to many hours practicing piano and in her early forties she took up oil painting. The family has many of her pieces to treasure and display. Probably because of her love of history, she energetically pursued the family’s genealogy, tirelessly researching and meticulously cataloging the Murphy and Ridge lines. She and Gene both had a passion for travel and she often reported a tally of 38 countries visited and 19 islands!! As much as she was able, she was a faithful volunteer at their church, especially Wesley United Methodist in Sedalia. They lived in Sedalia until Gene’s death in 2018.
Alene is survived by son, Alan W. Murphy (Lauri) of Columbia, MO; her four grandsons, Scott Murphy (Jen Hogan) of New York City, Kevin Murphy (Jennifer Neenan) of Overland Park, Kansas, Ron Hudson of Columbia, and Tyler Hudson (Erica Wright) of Sanford, Maine; and eight great grandchildren, Simone, Lux and Duke Hogan-Murphy, Trevor and Collin Murphy, and Ava, Kai and Zoe Hudson.
Alene was preceded in death by her parents, sister Bernice, brother Warren, daughter-in-law Marcia Murphy, stepfather Matthew Medberry, as well as numerous extended-family members.
In lieu of flowers, memorial contributions can be made to: Ray-Carroll Grain Growers Scholarship Fund for local students to attend college in Missouri; PO Box 158, Richmond, MO 64085.
Online condolences may be left atwww.davis-fh.com

Pallbearers will be: Scott Murphy, Kevin Murphy, Ron Hudson, Rodney Gares, Michael Murphy and Mark Murphy.
Music will be provided by Karla McReynolds, Organist and congregational hymns will be “In the Garden” and “Hymn of Promise”