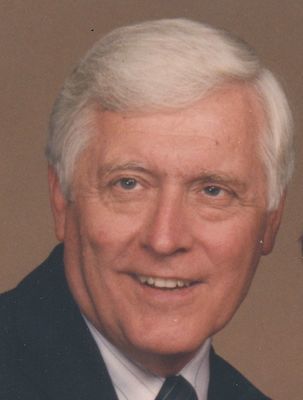 He served in the U.S. Army and then went to work at Miller’s Mutual Insurance and retired as a treasurer in 1992 after working for the company for more than 35 years. He went to work for Marquette Catholic High school as their business manager from 1993-1998.
Jack was a member of St. Ambrose Catholic Church in Godfrey and a member of the Alton Knights of Columbus. He was an avid bowler, loved playing softball and playing the piano by ear.
He was a kind and gentle man and loved to spend time with friends and family.

Visitation will be from 4 to 7 p.m. Friday, January 10, 2020 at Elias, Kallal and Schaaf Funeral Home in Godfrey.
A Mass of Christian Burial will be held at 10 a.m. Saturday, January 11, 2020 at St. Ambrose Catholic Church in Godfrey with Fr. Frank Kuczera celebrant and Deacon Bill Kessler officiating.
Burial will follow at St. Patrick Cemetery in Godfrey with Military Rites from the Alton VFW 1308.

In lieu of flowers, memorials can be to St. Ambrose Catholic School, BJC Hospice, or Marquette Catholic High School

Online condolences and guest book can be found at www.eliaskallalandschaaf.com