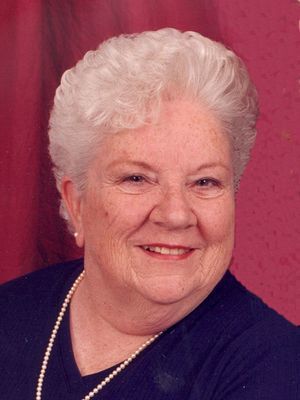 Jean was born July 9, 1932 in Barry, IL a daughter of George and Louise Eckelberger Lewton. She married Lloyd E. Schmidt on July 9, 1950. He died May 22, 2005.
She and her husband raised German Shepherd’s in the past. She is a former member of the Ewing Saddle Club and enjoyed playing cards with friends and dancing. She and her husband were former members of the Fraternal Order of Eagles #535 in Quincy.
She is survived by her son, Jon (Terri) Schmidt of Ewing; two daughters, Susan Spurgeon of Canton and Melinda (Greg) Heindselman of Lewistown, MO; five grandchildren, Jennifer (Jeff) Richardson of Monroe City, MO, Shawn (Lacey) Spurgeon of Canton, MO, Tim (Kate) Schmidt of Troy, MO, Mike (Jayla) Heindselman of Mt. Vernon, IL, Zach (Shannon) Heindselman of Ewing, MO; nine great grandchildren, J.D. Brown, Hailey and Ryan Schmidt, Alston and Allison Richarsdon, Dominque, Peyton and Devyn Spurgeon and Dean Heindselman. She was preceded in death by her parents and husband.
Visitation will be held Friday, November 1, 2019 from 4 until 8 p.m. at the Ball-Davis Funeral Home in Ewing.
Funeral services will be held Saturday, November 2, 2019 at 10 a.m. at the Ball-Davis Funeral Home in Ewing with Pastor Paul Milliken officiating. Burial will be in Dover Cemetery Selves Addition near La Grange, MO. Pallbearers: Jennifer Richardson, Tim Schmidt, Shawn Spurgeon, Mike Heindselman, Zach Heindselman and Jeff Richardson. Music: When I Get to where I’m Going, Dancing with the Angels and You’ll Be There.

The family suggests memorials be made to Dover Cemetery or to Hospice of Northeast Missouri.
Online condolences may be left at www.davis-fh.com