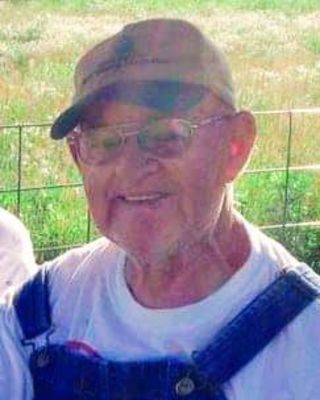 Jerrold Boulware of Canton, Mo., died October 26, 2019 at Blessing Hospital in Quincy, IL.
He was born January 20, 1941 in Kansas City, MO, a son of Everett L. and Etta F. Hardin Boulware of Canton, MO. He married Delores J. Uhlmeyer on July 16, 1960 at St. Patrick Catholic Church.
He worked at a factory in Keokuk, IA for 28 years and farmed. He enjoyed gardening and mowing the yard, western movies, his kids and grandkids.
Survivors include his wife Delores; two children, Daryl (Penny) Boulware and Cheryl (Chris) Findley both of Canton, MO; four grandchildren, Ethen Baker & Shelbie Baker both of St. Louis, MO, Haley Boulware of Springfield, IL and Aubry Boulware of Columbia, MO, a sister, Karen Ellison of Canton, brother in law, Gale (Judy) Uhlmeyer and several nieces and nephews. He was preceded in death by his parents, father and mother in law, Leo and Dorothy Uhlmeyer, a sister in law Arlene Uhlmeyer and a sister in infancy.
Funeral services will be held Wednesday, October 30, 2019 at 11 a.m. in the Davis Funeral Home in Canton, MO with Pastor Carolyn Leaver officiating. Visitation will be held Wednesday morning from 9:00 a.m. until time of the service. Music: “Will the Circle be Unbroken”, “Go Rest High on that Mountain” and “Good Night Down Here, Good Morning Up There”. Pallbearers: Daryl Boulware, Ethen Baker, Shelbie Baker, Haley Boulware, Aubry Boulware and Alex Harrington

The honorary pallbearer will be Cheryl Findley

Burial will be in Forest Grove Cemetery in Canton.