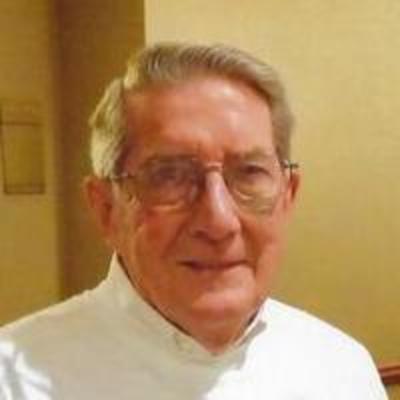 William F. “Bill” Miller, 93 of Canton, Missouri died surrounded by his family on September 21, 2019 at Blessing Hospital in Quincy, Illinois.

The son of Clifford W. and Bertha Klapprott Miller was born on March 10, 1926 at Quincy, Illinois.

He was first united in marriage to Mary V. Whaley. He later married Marcia Bader Rogers on November 28, 1969 at Quincy, Illinois.

Bill graduated from Quincy High School in 1943 and Gem City College in 1948. He served in the U.S. Army 47th Infantry Regiment during WWII in the European Theatre, receiving the Bronze Battle Star.  He was a 65 year member of the Masonic Lodge in Quincy, IL, a 33rd degree Mason and a member of Ansar Shrine of Springfield, IL.  Bill attended many educational programs through General Electric, Butler Manufacturing and Cooper Industries.  He owned and operated a HVAC contracting business in Quincy, IL 1951-1971. He was the plant Facilities Engineer & Energy Coordinator for Gardner-Denver/Cooper Industries in Quincy, IL. 1972-1982. In 1983 he worked for Lockheed Engineering at the Johnson Space Center White Sands Test Facility in Las Cruses, NM.  He also did HVAC engineering and design work for companies in Indiana, Saudi Arabia and Palm Desert, CA.  In 1995 he and Marcia became a realtors for Century 21 in Palm Springs, CA. where he was the top producer in 1996 4th quarter and received the Outstanding Customer Service Award.  Bill and Marcia retired in 1999 and moved to the Four Seasons at Lake Ozark, Mo.  They recently moved back closer to home in 2016 at Canton, MO.

He was preceded in death by his parents, mother and father in law, David M. and Katherine L. Bader, a sister in infancy, two sisters, Elaine Briscoe and Della Gill, and two brothers, Carol Keith Miller and Junior Clifford Miller.

Burial with Military Honors by Otto Bruner Post 170 will be in Forest Grove Cemetery.

Memorials may be made to the Shriners Children’s Hospital or the Great River Honor Flight.