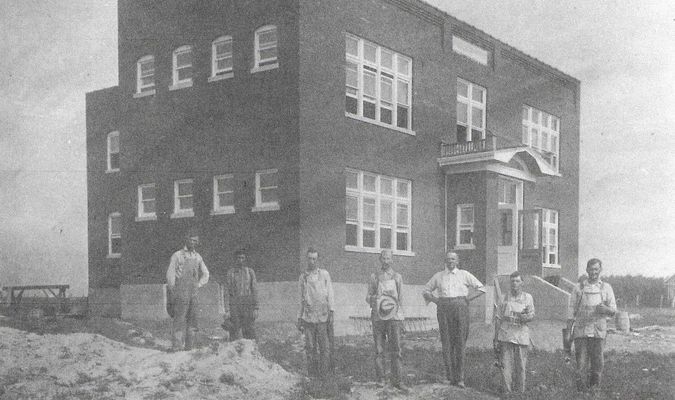 This is a photograph of the Ewing School, which was built in 1914.  The new brick building was located on land that became known as the High School addition, located on the corner of Clark and Ballard streets on the west edge of town.  There was initially a problem getting the anticipated state aid due upon the completion of the new building.  The main problem the state had was that the new building's auditorium was too small.  The local school officials remedied that concern by moving the auditorium to the upper floor and one partition was taken out, making the school building eligible for the $2,000. in state aid.  This building was used until March of 1925 when the building was destroyed by a fire. School for that year was carried on in the basement of the Catholic Church and other places.  By the end of 1925, another building had been built. Photo and information provided by Glenn Chipman.