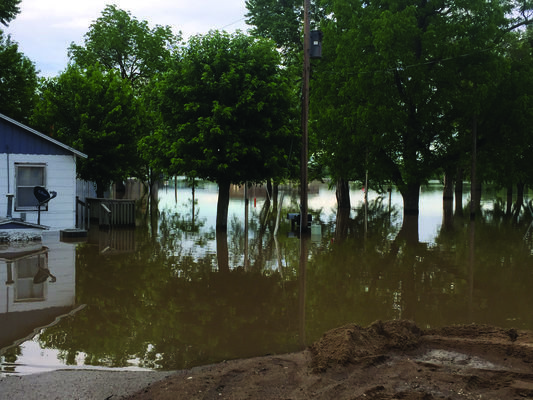 Due to the flooding, the City of LaGrange has decided to postpone their annual Appreciation Day event on July 4th to September 14. The Band Eleven was scheduled to be in LaGrange for Music in the Park that evening, so that concert will be moved downtown and the fireworks display will also be held that evening. LaGrange usually has one of the best fireworks shows in the area for a small town and this year promises to be one of the best ever. Dave Wells, of Dave’s Fireworks, has supplied the fireworks for the LaGrange show for many years and is working with LaGrange to make this year special.

In other flood related news, the Mississippi River continues to fall, but is still way above flood stage. The Mark Twain Casino has remained opened during the flooding. Route B is still closed and customers to the Casino have been detoured through Pierce Street. LaGrange City Hall is expected to move back downtown by Friday with limited service, after operating out of the LaGrange Fire Department. City Hall expects to be in full operation by Monday, June 17. The city’s dropbox downtown for water bills is now available. At press time, Route B was still closed from South Street north, but is expected to be open soon. Route B, south to the Casino is still closed, but hopefully can reopen soon. The LaGrange Post Office is still operating out of the Canton Post Office, but looking at perhaps a temporary location in LaGrange until the Post office building on Main Street can be cleaned and repaired. Many homeowners that were flooded are starting preparations for cleanup.

Route B north of Canton is still closed and the Flood Gates are still in place until further notice.