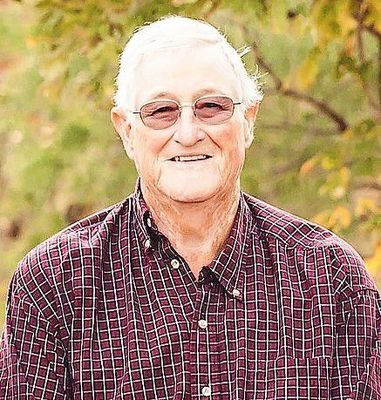 The son of Donald Charles and Jessie Lillian (Gardner) Golden, John was born April 18, 1946 at Grim Smith Hospital in Kirksville, Missouri. On December 1, 1979 in La Belle, Missouri, he was united in marriage to Grace (Harvey) Golden, who survives.

As a young boy, John united with Colony Baptist Church, transferring his membership to Providence Baptist Church at Williamstown, Missouri in 1993.

John graduated from La Belle High School in 1964 and in 1969 from the University of Missouri, Columbia with a Bachelor of Science in Agriculture degree. He served in the National Guard from 1970-1976.

John was a lifelong farmer in the Colony community where his family has farmed since the 1870s. He was an avid sports fan, especially enjoying college basketball. John loved to travel and vacation with his family. National parks, historic sites and the Rocky Mountains were among his favorites.

John was a devoted husband, father, and grandfather and will be greatly missed.

John was preceded in death by his parents and grandparents; an older sister, Virgie Lee and her husband William Carl Lasswell; an aunt, Bernice Golden and uncle, Paul (Inez) Golden.

Visitation was held May 30 at the Coder Funeral Chapel in La Belle, Missouri.

Funeral services were held May 31 at Providence Baptist Church in Williamston, Missouri.

Burial will follow the service in the La Belle Cemetery.

Memorials may be made to Providence Baptist Church or Hospice of Northeast Missouri. Memorials may be left at or mailed to Coder funeral Chapel, P.O. Box 151, LaBelle, MO 63447.