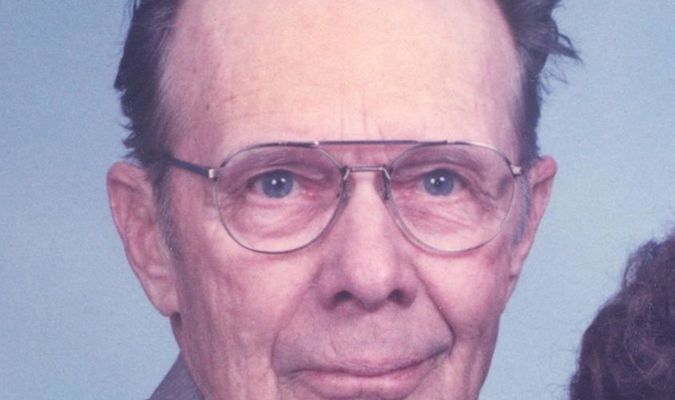 Homer T. Kimberley, 98, of Williamstown, Mo., died January 22, 2019 at Hannibal Regional Hospital in Hannibal, Mo. He was born September 4, 1920 in Benjamin, Mo., a son of Newton Arthur and Clara Grace Tuley Kimberley. He married Letha Virginia Hildmann on November 18, 1956 in LaBelle, Mo. She survives.
Homer T. was a lifelong farmer who enjoyed livestock. He spent his entire life in Lewis County with the exception of serving in the U.S. Army during WWII. He was a member of the Providence Baptist Church and served as Sunday School Superintendent for several years.
Survivors include his wife Letha Virginia Kimberley of La Belle, Mo; one son, Ferlin H. (Rhonda) Kimberley of Monticello, Mo; two grandchildren, Tony J. (Christine) Kimberley of Edgewood, MD and Vicky M. Kimberley of Quincy, IL; five great grandchildren, Blake, Cole, Jackson, Addison and Isabella and several cousins.
He was preceded in death by his parents and one infant son and one infant daughter.

Burial was in Providence Cemetery

The family suggests memorials be made to the MSWBA-New Prospect Cemetery in care of Davis Funeral Home.