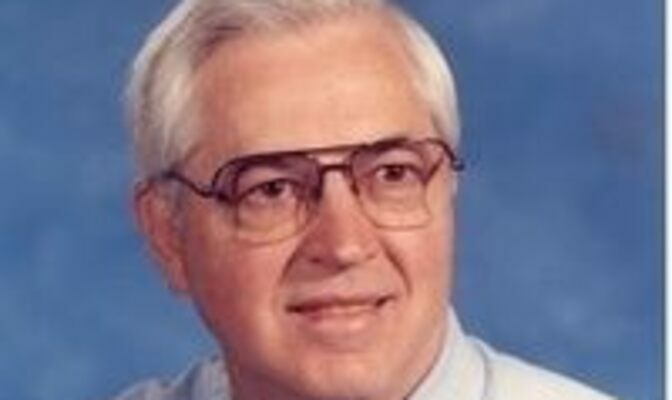 A warm and friendly man, Newton (Newt) Spencer McCutchan, Jr., age 89, of Canton, passed away on September 13, 2022, at Blessing Hospital. He was born November 21, 1932, in Benjamin, Mo. He was the son of the late N. Spencer McCutchan, Sr., and Gladys Rose (Piner) McCutchan. He fell in love and married Alice Ann Adams on August 14, 1955, in Canton, Mo. Alice lives in Canton near some family and friends.

Newt was active in the field of education. He graduated from Canton R-V High School in 1951. He was in the army from 1953 to 1955. He graduated from Culver-Stockton College in 1957 and completed his Master of Arts degree from Northeast Missouri State Teachers College in 1961. He started his teaching career in Canton R-V for 4 years. He then taught science at Quincy Junior High School for 30 years and retired in 1991.

Newt grew up on the farm, enjoyed riding horses, hunting and being in nature. He loved sports throughout his life and was a big St. Louis Cardinal fan. Newt played basketball, baseball, and track in high School and played softball and golf in later years. He enjoyed watching his children and grandchildren play sports. He enjoyed gardening and traveling in his RV. He also served as a deacon at the First Baptist Church of Canton. He was always meeting and greeting people wherever he went.

Newt has been surrounded by family and friends all his life.

His chief joy and love was Alice. Along with her, Newt is survived by one sister, Dova Geisendorfer of Monticello, Mo. He is also survived by two sons and a daughter; Mike McCutchan of Cincinnati, Ohio; Mary (& Steve) Hill of Quincy, Ill., and Curt (& Brenda) McCutchan of St. Louis, Mo. Ten grandchildren survive: Tricia (Joshua) Minton and Scott McCutchan, of Cincinnati, Ohio, Aaron (Andrea) Hill of Canton, Mo., Stephanie (Joshua) Chatman of Memphis, Tenn., Allison (Kyle) Lidkta of Thousand Oaks, Calif., Morgan Hill of Springfield, Mo., Benjamin McCutchan of Atlanta, Ga., and Jenny (Joe) Sedberry, Alyssa McCutchan, and Wesley (Samantha) McCutchan, all of St. Louis, Mo. He is also survived by 11 great grandchildren along with numerous nieces and nephews.

Newton was preceded in death by his parents and his brothers: J.D., Duane, and Donald, all in Lewis County.

Funeral services were held on Saturday, September 17, at 10:00 am. at the Davis Funeral Home of Canton with Pastor Brian Stone officiating. Burial with Military Honors will be in Forest Grove Cemetery, Canton, Mo.

In lieu of flowers, donations can be made to the Lewis County Food Pantry in care of Davis Funeral Home, Canton, Mo.